The 75-year-old, in an internet interview, cleared he isn’t speaking to BCCI on bilateral cricket collection. “I’m talking about the BCCI about bilateral cricket. It’s all up to them to talk to us whenever they have some thing to say. The ICC ministry says that there should be no government interference.

Mani believes that talks on resuming bilateral cricket exchanges between both nations can’t begin between the planks unless political connections become regular. “Over time, the PCB has experienced a range of talks with all the BCCI regarding bilateral cricket.

“At this time I have no any intention of playing with any T20 league with India. To begin with, they need to sort the bilateral (political) relations with us, then we’ll discuss,” he added.

India and Pakistan have not locked horns at a Test match because the 2007 series Once the Men in Green went to India to get a Complete series. Both sides have played each other just in ICC occasions or Asia Cup.

“I’m talking about the BCCI about bilateral cricket. It’s all up to them to talk to us whenever they’ve something to say,” Mani said.

He explained he was amazed at the way the relationship had deteriorated lately. 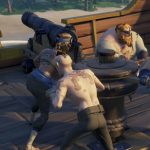 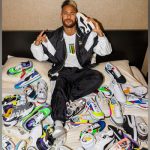